Protesters brandished a plethora of handcrafted signs and banners reading: “Obama it’s your war now,” “America is losing its soul in Gaza,” “U.S. out of Afghanistan, Iraq, and Pakistan NOW,” “College not combat,” “Hey Obama take a stand, U.S. out of Afghanistan” and “OK Democrats, now stop the war.” Bill Hackwel

Iraq’s prime minister, Nouri al-Maliki, was in Washington this week to consult with Barack Obama and American military and political officials, three weeks after the Status of Forces Agreement concerning U.S. forces in Iraq came into effect. 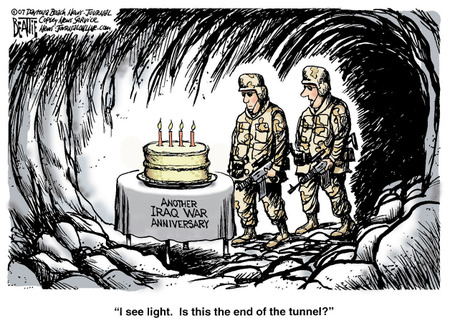 American commanders complain that the Iraq authorities have greatly reduced the number of joint patrols, supposed to continue, and in other ways “clearly are signaling that we are no longer wanted” — according to an American officer quoted in The Wall Street Journal. Iraqi commanders have told the Americans no longer to run patrols, and not to conduct raids on suspect locations, without coordinating them with the Iraqis.

A foreign diplomat in Baghdad has said that the Iraqis are determined to show that they are now in charge, in the run-up to national elections next year. Robert Gates, the U.S. Defense secretary, says that the situation is not bad. However, attacks have sharply increased in recent days, and some observers insist that the Shiite- and Kurdish-dominated government must do more to reconcile the former ruling Sunni minority if sectarian conflict is not to break out again.

The Iraqi prime minister is playing the nationalist card, a dangerous one to play when the Sunnis also have sectarian revindications, and a lot of grievances. Washington itself has a hand to play in this game, with 130,000 troops (and at least as many contract forces) still in the country, whom Barack Obama has promised to withdraw, and the American public wants withdrawn — and a demagogic American right, for whom national failure means treason.

This is not the way this war was supposed to end. For younger readers: Six years ago the American intervention was supposed to end in a multi-party democratic government, an ally of Israel against the supposed menace of Iran, the strategic base and headquarters for the U.S. as dominant actor in a “New Middle East,” and a permanent and secure source of oil for the United States. None of this has happened. Iran is the principal beneficiary.

Move to another front: Pakistan-Afghanistan. Here there was also supposed to be a straightforward job to do: drive the Taliban out of Afghanistan, into their refuges in the semi-inaccessible Tribal Areas of the Pakistan border. There, the Pakistan army, with American urging and help, would defeat and disarm them, asserting Pakistani national control over the region, as well as U.S.-NATO success in Afghanistan.

What actually is happening is unsurprising. Pakistan continues to look after its own national interests, as it has always defined them. This means that the separate radical religious and tribal movements that make up the Taliban continue to be considered an asset to Pakistan in its long-term struggle with India, in defense of its own security, and in order to recover Muslim-populated Kashmir, which India controls. 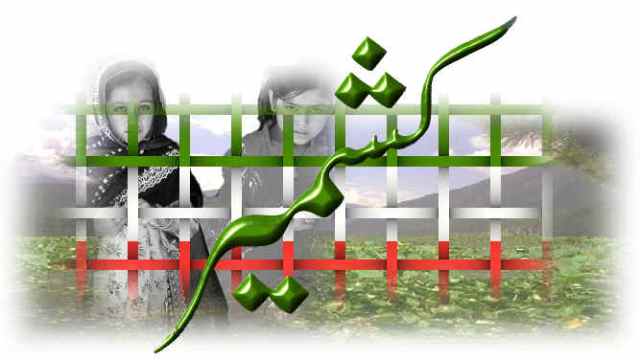 The “K”  word (the vale of Kashmir) in the Himalayan region continues to mar relations between two nuclear neighbours in South Asia.

The Taliban have also been for Pakistan an important instrument (originally supplied and financed by the United States — but there’s no time to go into that now, although the fact should be kept in mind), in keeping Afghanistan out of hostile hands in Pakistan’s equally long-term effort to control that country as providing Pakistan strategic depth and an additional Muslim bulwark against the threat of India.

Pakistan has made it clear now to Washington — to those who can read between the lines — that it wants no American troops inside Pakistan and no more collateral-damage bombing, and considers the American war in Afghanistan a futile and destructive effort, against whose consequences Pakistan must protect itself.

The growing opinion in Europe is that Afghanistan is the United States’ “new Vietnam.” The truth is that it is worse than Vietnam.

In Vietnam, the United States had a clearly identified enemy, supported by a responsible Communist state in North Vietnam with its government in Hanoi. The U.S. had a theory about what it was doing: suppressing the insurrection in the South, and bombing North Vietnam until the government stopped the war. All of this was, in principle, possible.

Unlike the Viet Cong, the Taliban are not a disciplined force acting under some government’s orders, and have neither the intention nor means to attack anybody outside Central Asia. They are motivated by nationalism, today focused against the United States, and by a desire to propagate their form of Islam.

5 replies to “From Iraq to Afghanistan, US Wars Not Going According to Plan”