According to reports from the western media, Afghan Taliban deputy leader Mullah Abdul Ghani Barodar, image above, was leading peace efforts, after having been released from custody in Pakistan. The reports said: Barodar has been meeting with Taliban commanders in Afghanistan and Pakistan, with security guarantees from both governments and the US.

Four other Pakistan-based Taliban leaders supportive of Barodar are also thought to have been in contact with US authorities, and are reported to have travelled into Afghanistan under NATO escort on several occasions.

But the ISI, Pakistan’s Inter Services Intelligence said “there is no truth in the fact that Barodar was released recently”. It was amid such conflicting reports that ISI ultimately declared that it indeed had arrested the Mullah, reported to be the deputy commander of the Afghan Taliban.

WAR GAMES, WAR RACKET AND THE WAR ON TERROR

An Afghan official says two Taliban “shadow governors” from northern Afghanistan have been arrested by Pakistani authorities, including one very senior commander for the militant group in the country’s north. These arrests are the subject of this article written by my friend Peter Chamberlin.  Another friend then asked me to put this article under review and give my own personal opinion].

So here now is this 2 piece article by Peter Chamberlin, followed by my own observations on what has been said- been so meticulously analyzed in his article. As I promised to a friend in absentia (for I have never met him in person, yet he is such a lovable soul, a man with beautiful thoughts and kind wishes for the whole of humanity that you enjoy and benefit having a meaningful dialogue with him).

I didn’t want to reproduce this essay in verbatim as I had some very pertinent matters in hand, yet I decided to do so because otherwise my own assessment of the situation on what Peter has said in this article, would not have been properly correlated and contextual with respect to his views on the subject.

As I said in the past, strategic issues are not my forte, but since Jeff (my friend from America) asked me to jot down my own views too, I readied myself to write; as a silent spectator of the scene, a scene that lays before me, before other Pakistanis as well the humanity scattered all over the globe & a scene that has made this country along with Iran and Afghanistan, a direct target of this ‘war on terror’, a war that’s precursor to the new great game going to be played in this region.

Right now while I am writing these lines, there have been 5 continuous terror attacks in my beautiful Lahore, a city that we Punjabis so lovingly call as “Lhore Lhore ai” (Lahore always remains Lahore) but this Lhore now seems to be not Lhore but a BOMBHORE. Bhambhore was the place in olden days where Sassi, the heroine of a Punjabi folklore, in search of her lover died.

Today in my Lhore so many Sassi’s are dying not out of love but because of the prophets of hate, of those lusty men in global mafia hungry to grab power and money, for in today’s world oil is the money, a commodity that lies in abundance under the sands and shores of the region called Central Asia, a landmass that stretches right from Palestine to the distant ex Soviet lands including Iran and Pakistan.

Today around evening (its 9 P.M. Pakistan Standard Time) already five terror attacks have been attempted. Prior to the latter three attacks in a new locality called Allama Iqbal Town which were carried out in the evening hours, two powerful bomb blasts by some suicide bombers shook the main Cantt. area of the city. More than 50 persons were killed and hundreds injured. The city is in complete shock and awe.

The earlier ones took place in Royal Artillery Bazaar (popularly called R.A. Bazaar) just next to my own place of residence, a marketplace where I very often go to do the shopping and  where I have many personal friends as well. Thank God, all my personal friends are safe and sound but those innocent souls, those 50 persons killed as a result of these attacks, were also the friends of someone, father or brother to somebody, for loss of human life is a tragedy which cannot be condoned on whatsoever account it may be..

When more than 100 persons died in Mumbai on 26/11, its tragic, people who lost their lives in the New York Twin Towers crash, it was all a great tragedy. And when around 1000 persons are wiped out by those ‘assassins in the air’ the US drones, again it’s a tragedy. Now that so many people have died in my beautiful Lahore, I do not find words to express my anger and grief.

Many of my Indian friends say 26/11 was their 9/11, and I don’t disagree with them but here in Pakistan we too have seen so many 9/11’s of our own that this term has altogether lost its meaning. 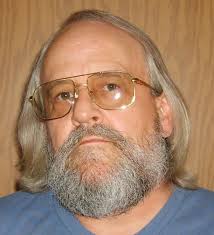 At this juncture, what we, the humankind, wherever we are , whatever religion or belief we may have,  we need to join hands together to curb this war on terrorism, let there be peace so that attempts to continue this war to grab the sources of oil and money comes to an end. Wars never offer solutions; they exacerbate the differences, the miseries, the plight which the warring nations try to end through militaristic adventurism. So let’s not only pray but endeavor for peace, not only in Pakistan but everywhere in the world.

Finally some words from Smedley D. Butler, a celebrated General of the US Army who served his country during the First World War:

WAR IS A RACKET. IT ALWAYS HAS BEEN

A racket is best described, I believe, as something that is not what it seems to the majority of the people. Only a small “inside” group knows what it is about. It is conducted for the benefit of the very few, at the expense of the very many. Out of war a few people make huge fortunes.

In any war, a mere handful garner the profits of the conflict. A new set of millionaires and billionaires are made. That many admit their huge blood gains in their income tax returns. How many other war millionaires falsify their tax returns no one knows.

Out of wars (whether conventional or non conventional, like the present war on terror) nations acquire additional territory or hegemony, if they are victorious. They just take it. This newly acquired hegemony promptly is exploited by the few – the selfsame few who wrung money out of blood in the war. The general public shoulders the bill.

Peace to you all